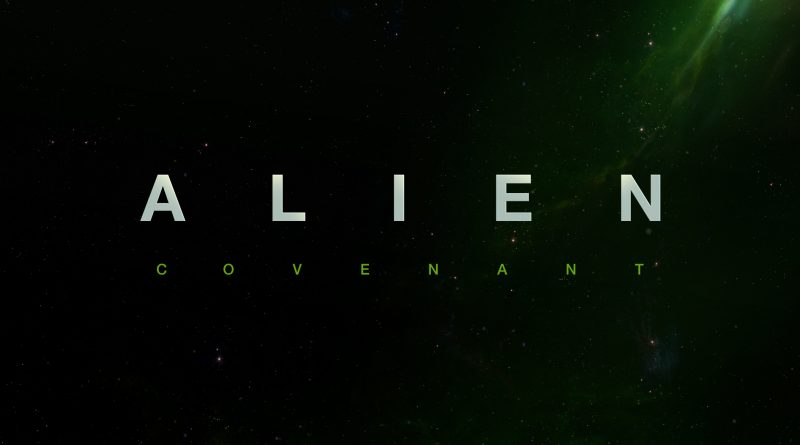 I’m getting well psyched about the return of the Alien series to the big screen in a few months time. If pressed, I’d probably tell you that the Alien films are my favourite film series of the whole bunch – yes, even the much-maligned Alien: Resurrection has plenty to recommend it in my view – so you can well imagine that I’m excited about the upcoming Alien: Covenant, which fills in some of the Alien timeline between the prequel Prometheus and the original 1979 classic, Alien itself. Like Prometheus, it is helmed by the director of Alien, Ridley Scott, who still seems to have a stronger handle on the mood and aesthetic of the series than the other directors who’ve helmed installments of the series (although I think David Fincher pretty much nailed it too). On the surface it looks like it’ll knit together the plot strands left dangling by Prometheus with the bio-mechanical xenomorphs we’ve come to enjoy so much from the other films, and with the usual Scott panache.

Recently, this little scene-setting short was unveiled, which whets the appetite nicely. See how many direct callbacks to the original Alien you can spot (everything from dialogue, to scenery, props and even costumes – I was giggling to myself in absolute fanboy raptures by the time it was halfway through):

And it looks like it all kicks off big time after that. The first trailer was extremely promising…

The second trailer, unveiled this week, is even more full-on:

I cannot wait to see this. Sure, I’m an Alien fanboy of old, but I’m getting a great vibe from this: it really feels like a logical extension for the series. These days, when we’re talking so much about the feasibility of colonizing corners of our solar system, and eyeing up exoplanets a few light years away, wondering aloud if they could support human inhabitants, it feels like Ridley Scott is reminding us just what a hostile place the universe is, and how inimical to life alien environments could be. The rest of the series has always shown how hostile alien environments can be, even without help from everyone’s favourite xenomorphs: from Acheron/LV 426 to Fiorina 161, these are not worlds that you’d relish living on, even with an arsenal of terraforming technology at your disposal. It looks like the destination of the Covenant is going to be no different in its own way. And I’m fascinated to see how they link this story to the events of Prometheus – I can make a few educated guesses, but I don’t doubt that there’s a lot more going on than is immediately apparent.

It’s going to be quite a ride, I reckon. Well excited here.