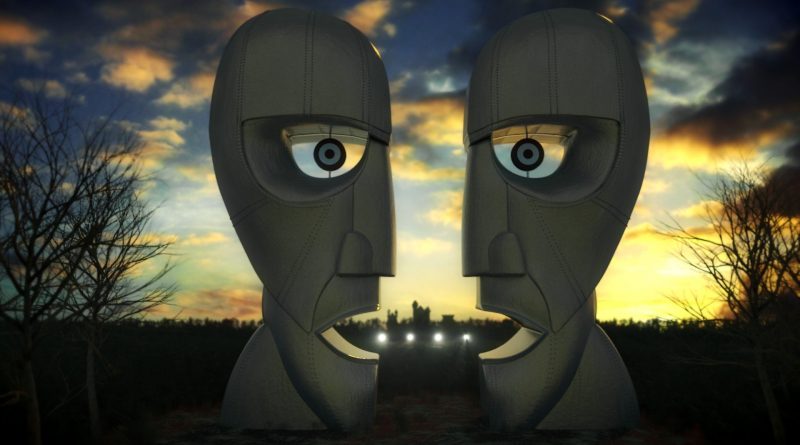 I’m sure everyone reading this knows of my fondness for Pink Floyd, the Greatest Band in the Known Universe. Naturally, as I love Pink Floyd, I have a deep, abiding love for their back catalogue (yes, all of it, even Ummagumma, which seems to get a lot of stick). This includes perhaps their most notorious and popular record, The Dark Side Of The Moon. Dark Side is, by the band’s own admission, about the pressures of modern life and how they conspire to drive even the most level-headed among us insane. The album features songs about money, travel, inequality, death, time and suchlike.

I daresay we’ve all sat down at some point and thought to ourselves, “Man, that’s an awesome record, but wow, the band could have written a few more songs, they’re barely scratching the surface here.” Because there’s a lot of things about modern life that drive us crazy. Perhaps the greatest of the things that Floyd didn’t write about on Dark Side is that most heinous of things, lousy customer service.

Let me tell you a story.

Last Sunday evening, a week almost to the hour as I type this, Steen and I ordered new phones. It’s been well over half a decade now since we finally upgraded to Samsung S5s after years using our trusty old fiddly-buttoned mobiles; we’d switched to EE whilst doing so, and have had a generally excellent experience since. However, our phones are showing their age – Steen’s has even taken to turning itself randomly on and off at irregular intervals – and, smitten with tech-lust, we fancied upgrading to newer models. The newer phones we wanted were pretty expensive through EE, though, and we’d started looking at other networks, encouraged by commentary that it was usually best not to buy direct from your current network as you never got the best deals. O2 and 3 were both mentioned to us as large, generally reliable (and cheaper) alternatives. And so it was that Steen and I ordered two shiny new Samsung S10s with new plans from O2.

I should probably have gathered immediately that something was amiss, as despite on-screen messages upon completing our purchases, neither of us ever received order confirmation emails. I took a screen-shot of my order confirmation screen (including the all-important order code) as I tend not to close order screens until I have an email confirmation to fall back on. (Experience talking, there – I’ve been caught out that way before.) But we had both had on-screen order confirmation messages, so we were content to sit back and wait.

Two days later, Steen’s phone was delivered to the local O2 shop. She never received a delivery notification – but when she logged into her O2 account via the website, the delivery was listed there. It was just a happy accident that she had checked the site at the time. Still, the phone was there, so she shrugged and accepted it, as we all tend to. Sure, the communication was lousy, but hey, she had her phone.

A day after that, I had still heard nothing and no orders were listed on my O2 account when I logged into the site. I had ordered a different-coloured phone to Steen, and although the stated three days for delivery were up, I thought O2 had obviously not sourced one quite in time. A little uneasy now, I too shrugged this off and thought to myself, “Well, it can’t be long now.” And since Steen had not had any notifications and now had her phone, I too shrugged it off. I started checking my O2 account more regularly, though, hoping that surely soon my order would finally show up as Steen’s had and my phone would be on its way.

Another day passed. Finally, I snapped, and opened a live chat via the O2 website to ask where my order was, and what its status was. An almost unintelligible typed conversation later, I was told my order had been passed to the credit team, and that I should be hearing something within 24 hours. It’s true that the last couple of months had been a serious drain on resources for a variety of reasons, but I’d never failed a credit check before, so I shrugged this off too, slightly mollified by the reassurance that I’d hear something the next day.

Well, I didn’t, of course. So the following night I dropped into the online chat once more, and firmly demanded to know what was going on. I was eventually passed to a manager, who gave me a direct phone number to the credit department, so I could find out what was going on. There was still no order listed on my O2 account page, even though I had the order number I had taken a screenshot of upon making the original order. I had had no emails, no text messages or calls to my existing phone, which I had given as a contact number… and no money had been taken from my account. Nada. Zip. Zero. Null.

Yesterday I rang the credit team. The woman who took my call was helpful, efficient, and mystified as to what was going on. Finally, she ascertained that whoever had processed my order – which had been immediately approved – had neglected to complete the underwriting section before submitting the order and forgetting it. So it had been sitting there, in limbo, for almost a full week. The woman from the credit department assured me she’d get the missing information entered and resubmit the order immediately for it to be filled. She also told me that the phone was due to be delivered to the O2 store in town, today: the 23rd June.

Relieved, yet still irritated by the incompetence on display, I thanked her and hung up. “Fine,” I thought, “I’ll just pop into town tomorrow, pick it up, and hopefully once the phone has been delivered, all will fall into place.”

Ha. Fat chance, mate. I really should have known better by now.

Today I went into town with Steen. Surprise surprise, there was no phone. The store – whose staff, it has to be said, were helpful and deeply apologetic – had no idea what was going on, and suggested I speak to O2 again – especially since they had had no delivery that day, nor had they ever received a delivery on a Sunday. Ever. So, after we’d finished our mooching about in town, that’s exactly what I did. I rang the credit department first, hoping to confirm that the order was properly complete and being processed. Which it was – I was given a delivery ID number and reassured that my phone would absolutely, positively, be at the O2 store ready for pick-up tomorrow: Monday, 24th June.

Watch this space, as they say. 😉

I wasn’t alone in having problems, however – even though Steen had had her phone, she was having trouble. First of all, although EE had sent over a PAC code as soon as she had requested one (so that she could re-direct all phone traffic to her existing phone number, rather than the new number that had arrived with her new phone and SIM), O2 proved to be extraordinarily slow at transferring it. Several days on, they still haven’t done it – she received a text today from O2 saying that it would be done on Tuesday, four days after the latest date they said it would originally be done by. To add insult to injury, the power socket has been damaged – $deity knows how, she’s only had it for five days and has been very careful with it – and now she has to replace her new handset with another one.

All in all, we can’t say we’re too impressed by O2s reliability or their customer care. Neither of us have a fully functioning phone a full seven days since we placed our orders. If things don’t radically improve in the next few days, O2 can kiss our custom goodbye. It just goes to show, sometimes a good deal isn’t always the best option.