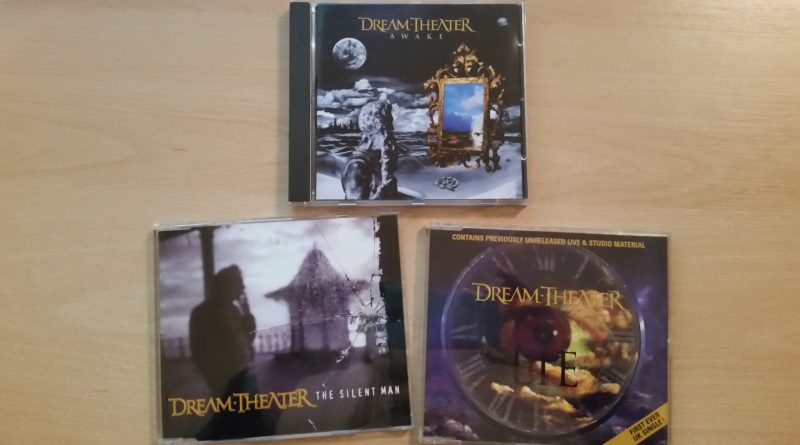 Almost exactly 24 years ago, I bought my first Dream Theater record. It was their third album, Awake.

In the dying months of 1994, I was finally starting to get myself back on track after a very difficult year. Quite honestly, I needed to: I’d spent a small fortune following Marillion around the UK on their Brave tour earlier in the year, then lavished additional cash which I really didn’t have on seeing Pink Floyd play shows on their Division Bell tour (as immortalised on the Pulse DVD and live album). These were hugely important for me, though: the Brave tour had been enormously cathartic for all sorts of reasons, and seeing the Floyd again – as it turned out, for the last time – was one for the ages, since Floyd were (and remain) my favourite band, bar none. But by the time the autumn rolled around I had taken a long hard look at my situation and realised that I could accept a spiritual defeat and wallow in my disappointments, or I could get out there and do something about it. So I was back at college – doing an administration qualification this time, as the only bloke in a group of women, but that’s a whole other blog entry right there – and getting myself back into some sort of routine. In short, things were looking up.

I was celebrating my 10th year of Rush fandom in 1994, assisted by Rush’s new album Counterparts, which in its turn had inspired me to finally subscribe to the well-regarded and established Rush fanzine, The Spirit Of Rush. It was really nice to read more insights on the album and the band and their work as a whole, as what Rush lore I’d picked up had been from old magazines and news articles – this was still a few years before I got online. It was also an eye-opener to read people waxing enthusiastic about other bands about which I knew nothing, bands who – like Rush – blurred the lines between progressive rock, mainstream rock and a more metallic sensibility. I started getting curious about some of them. Tool in particular is one name that stood out: they would go on to become a favourite later. Queensrÿche, who I had discovered already, were another. I noticed some bands would get mentioned more than others, and one name in particular recurred so often in the first couple of issues of the fanzine that their name stuck in my head. That name was Dream Theater.

It was mid-November, and I was making a pit-stop at my local indie store, the much-loved, and long since gone, Complete Discery. The owners and staff had come to know me pretty well over the past decade – it was a rare week when I didn’t stop in once or twice and pick over the racks, or ask them to order me in something obscure. I sauntered in, exchanged nods and knowing smiles with one of the regular guys, and idly thumbed through the racks – not really looking for anything, but always looking out for that record that intrigued me, or that I’d heard a lot about and felt like taking a chance on. I had reached ‘D’, when I spotted an eye-catching cover that instantly had me curious about the contents. Picking it up, I read the name of the band – Dream Theater – and realised that I had picked up a copy of their new album Awake, which various folks had been raving about within the pages of The Spirit Of Rush. On the spot, without hearing a note of the band’s music, I decided to buy it. After all, it had been recommended to me by numerous Rush fans, so chances are I’d find something to enjoy about it. So I took it up to the counter and walked home that little bit faster.

I devoured my dinner even more quickly than normal and sat down in the twilight of my bedroom, inserted the CD into my player and hit play, not really knowing for sure what to expect. I knew it was a long album; I knew Dream Theater were considered more metallic than Rush but that their music shared a lot of the same characteristics. Beyond that, Dream Theater and their music were an unknown to me. The drum pattern that opened the first track, 6:00, rang out and I sat back and listened intently.

By the time the album had reached the climax of the third track, I discovered that somehow I had moved from lying on my bed to sitting cross-legged on the floor right by the stereo, directly between the speakers, and that I was even giggling a little, in that way you do (well, I do) when you’re really surprised and impressed by something. This was a whole lot better than I was expecting. This was amazing, in fact. What I didn’t know is that the band were just getting started.

Tracks four, five and six (Erotomania, Voices and The Silent Man) form a musical suite of their own, entitled A Mind Beside Itself. Erotomania was exactly the sort of instrumental piece that I most enjoyed: the playing was extraordinary, but it moved through a series of moods and I found it hard to predict where it was going. I was well into it. Then Voices arrived – all nine glorious minutes of it – and I was just lost. By the time The Silent Man, a pretty, short acoustic number, had finished, my jaw was on the floor. Dream Theater are frequently applauded for their instrumental skill, and although their skill with their chosen instruments was staggering, what really impressed me was the sheer ambition of what they were doing. This was unquestionably progressive rock, but it was prog rock with teeth, with a metallic edge that really appealed to me – and more than that, the songs, whilst melodic, frequently veered off at crazy tangents that nevertheless made perfect sense after I’d got over the initial surprise. I have very rarely been so impressed with a band upon first hearing one of their records. Their name seemed entirely appropriate, as their music was unquestionably theatrical and fond of the grand gesture, and yet dreamlike, surreal, introspective. Frankly, I was in love with what I was hearing. I found myself stopping the CD and taking a few minutes to giggle with delight, marvel anew at the sleeve, and start listening to the album again, from the beginning, this time poring carefully over the lyrics.

That night was the birth of a love affair that is still ongoing today. Like any band that unapologetically extravagant, Dream Theater have occasionally tested my faith in what they were doing – their first double album, the sprawling Six Degrees Of Inner Turbulence, released in 2002, took me a long time to get to grips with; their 2009 album Black Clouds & Silver Linings saw them perhaps get a little self-referential and self-indulgent even for me… but I always came to enjoy what they produced, even if it took me a while, and I’ve since been to see the band play live many times. They were even instrumental, in a small way, in me meeting my wife Christine, who I met online and first approached purely to compliment her on her use of lyrics from one of their songs (Trial Of Tears, if you’re curious – still one of my favourite songs by anyone, ever) on her online profile. Essentially, they have played a key role in soundtracking my life ever since that fateful day in 1994, and I’m as big a fan now as I ever have been.

Tonight I sat and listened to Awake and to the non-album bonus material on the accompanying singles. It was reassuring to find that I am as smitten with Awake as I was back then. It’s full of drama, lyrically and instrumentally, and the performances are stellar, most especially guitarist John Petrucci’s showstopping solos and vocalist James LaBrie’s awesome vocals which effortlessly move between pleading whispers and paint-stripping power as he delivers those astounding, lurid and disquieting lyrics. The tracks that had the most immediate impact on me – Voices, Scarred and the eerie Space Dye Vest – are mini-masterpieces, right up there with the band’s best work even after all the intervening time. Listening to the album again has just reminded of me of everything I love about Dream Theater and their music, and also of why I became such a fan in the first place.

A very happy almost-anniversary to Awake, and thanks, guys. Thanks for keeping the Dream Theater open for business – against all the odds – for all these years.