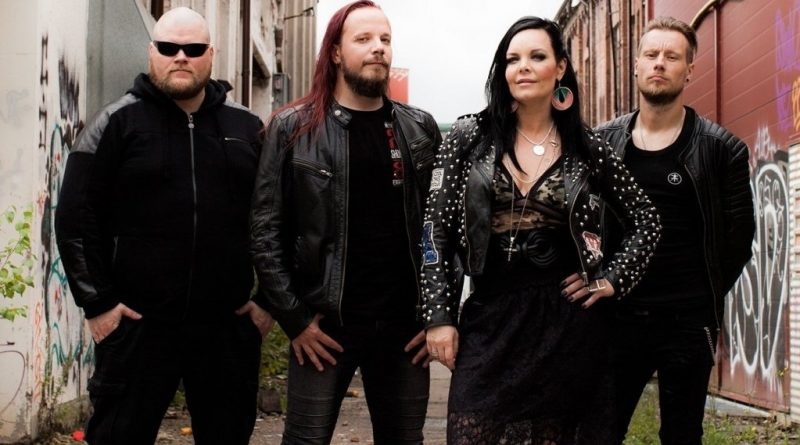 Don’t you just love it when you thought someone you admired might have suffered so many setbacks that they’d given up, and suddenly they come roaring back with something new and exciting?

It might be hard to believe now that I’m such a Nightwish fanboy, but although I’d heard each of Nightwish’s albums, starting with Oceanborn, as they were released, I wasn’t that enamoured with them to begin with. Listening back to the albums now, there was a noticeable trend towards increasingly intricate arrangements and their ambition audibly increased with each new release, but it wasn’t until Once appeared in 2004 that the pieces fell into place for me. I remember being completely addicted to that album and playing it almost every night for months, sometimes two or three times in a row. So I was genuinely taken aback and disappointed when they parted company with their original vocalist Tarja Turunen following the accompanying tour.

I needn’t have worried, because in Swede Anette Olzon, they found a replacement that would only increase my affection for the band. Tarja was undoubtedly a talented vocalist, but she wasn’t particularly versatile. Anette was a breath of fresh air, and allowed the band to expand their sound into areas where Tarja might have struggled. I can’t imagine, for instance, Tarja being able to deliver songs like Amaranth or Slow, Love, Slow with such style. The two albums the band produced with Anette, Dark Passion Play and Imaginaerum, are still my favourite Nightwish records: they were emotionally charged for me in a way the band hadn’t consistently been previously. Whilst some of this was undoubtedly due to chief songwriter Tuomas Holopainen’s increasingly powerful songwriting, Anette played a key role in this too. Singers can deliver technically perfect performances without ever really reaching you emotionally; I always felt like Anette was singing directly to me.

Of course, it didn’t last. Although Anette’s vocal style won over some fans, for others she was just too different to Tarja, and what I still regard as the most shameful display of callousness I’ve seen from any fandom was aimed in her direction. By her own admission, Anette struggled with the negativity, which ranged from snide comments to actual death threats. It soured her time with the band. Lacking Tarja’s operatic range, Anette found it difficult to reproduce some of the older material, providing the more critical fans with more ammunition, and her relationship with the band disintegrated. By the time she acrimoniously left the band, part-way through the Imaginaerum tour, her health hung by a thread and she was ready to forget about music altogether.

Although the arrival of Floor Jansen – someone who was equally at home singing in Tarja’s style and in Anette’s – enabled Nightwish to recover and subsequently thrive, I was disappointed to see Anette’s departure. I had loved what she had brought to the band, and her appalling treatment by many of the fans had really upset me. I hoped that she would recover enough to want to continue making music, and was delighted to hear that she had a solo album on the way. 2014’s Shine, a bright, highly melodic pop/rock crossover album, was worlds away from the Gothic stylings of Nightwish, but was hugely enjoyable all the same. Unfortunately her record label never really got behind it, and what had sounded like a promising new beginning faltered and fell apart. Anette effectively left music behind and went into nursing.

I wasn’t expecting her to bounce back again, so you might imagine my surprise when I heard that she was involved in a new musical project with ex-Sonata Arctica guitarist Jani Liimatainen named The Dark Element. Sonata Arctica and Nightwish share musical DNA as well as a country of origin, and I was intrigued by the idea. Finally, tracks have started to emerge, and I have to say I’m well pleased with what I’m hearing. The Dark Element sound a lot like Nightwish – and Sonata Arctica – at times, albeit with an electronic flourish that helps to set them apart. Liimatainen’s songwriting tends less towards the progressive and more towards no-nonsense heads-down rock, and he knows how to craft a killer hook. There are some huge choruses in these songs that are proving more than mildly addictive. But perhaps the nicest thing about the project is watching these videos and seeing Anette looking so happy, and so into it all. It’s an old cliché that everything happens for a reason, but having Nightwish continue in such amazing form and also having a new project from Anette to enjoy is perhaps the best of both worlds.

Yeah, very much looking forward to getting my hands on this album. 🙂