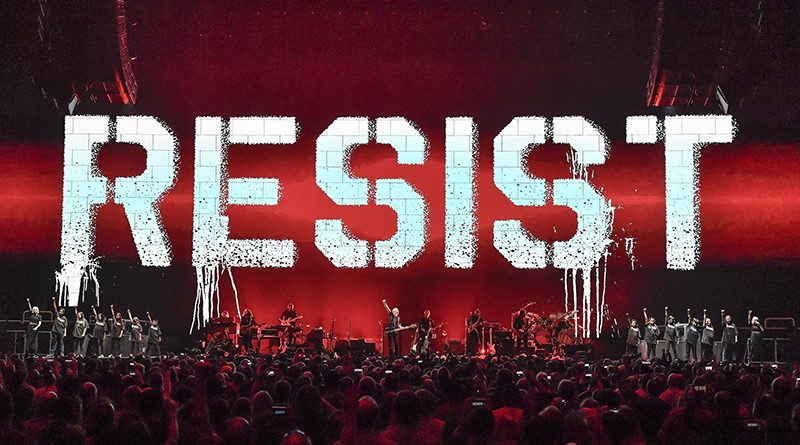 The last year or so has been a thoroughly surreal experience for much of the western world, really. Why? Politics. You only have to turn on the news these days and your senses are assaulted by one bizarre update after another. I’m not just referring to ‘Brexit’ or to Donald Trump (although neither seems to ever be more than a few seconds from everyone’s minds, and not without good cause), but to the whole shooting match. Obviously my perspective is largely geared around events here in the UK, but even cursory web use these days will show you in uncertain terms that almost every country on Earth appears to be undergoing their own seismic political shifts. As the old curse goes, we are living in interesting times. Great yawning chasms are opening up between different viewpoints and belief systems, and the result, inevitably, is conflict, and lots of it. Much of it, thankfully, is not armed with anything more lethal than some choice invective, but make no mistake, that could easily change. Broadly speaking, there are two mindsets in the world: not ‘conservative’ and ‘liberal’ (whatever those words mean this week), but those who fear difference, and those who embrace it. In the UK and USA, the fear is having its way for now, fed by politicians who really should know better than to fall behind it and enable it. But that’s an entirely personal view and doesn’t get us to what I want to talk about here.

Naturally, times likes these ensure that people are more invested in and passionate about their own political beliefs, so it’s probably not a shock to see creative people including political content in their work – perhaps most especially musicians. ‘Protest music’ has been around for as long as political systems have existed, so there’s nothing new about it; similarly, the longevity and continued potency of some well-known protest songs is testament to how powerfully such music can capture people’s emotions. At its root, music is an emotional process for both the musician and the listener, so naturally something that musician, or listener, or both, finds especially emotive is likely to lead to some pretty powerful music.

However, there’s another mindset, one that claims that music is entertainment, and since talking about politics is a serious business, musicians should have nothing to do with it. This mindset is often reinforced by media stereotyping, which casts all musicians in the role of drug-addled millionaires, who are kept comfortable by their record labels – if they’re not living overseas with their mountains of cash already – and so clearly could not know the first thing about the lives of ‘ordinary people’. The media is so filled with stories of larger-than-life pop star behaviour that people assume that the 99% of musicians who are rarely, if ever, featured in the tabloids are no different.

This mindset does everyone a disservice. It makes musicians increasingly reluctant to address issues that they may feel very passionately about in their music – and we all know that perhaps the most important thing a musician can do is write about topics that they feel passionate about. It also means that there is less material around with that kind of content, meaning less people are exposed to it, and may not as a result form an opinion about it – not everyone is inclined to read about a topic in the media, if they were even aware that the topic is a matter of concern.

Perhaps my biggest misgiving is this: music is art; yes, it is entertaining in that like a good book, or a well-made film or TV series, it allows us to experience something that hasn’t happened to us, something that – hopefully – engages our emotions. This is the purpose of art; so the concepts of art and entertainment are intertwined. However, the word “entertainment” has become so bloodied and bruised through misuse that we’ve created a neat divide between the two concepts that doesn’t exist. “Art” is serious; “entertainment” is not; the logical extension of this argument is that “art” is for elites, and Joe Public has only entertainment. Art is opera, classical music, “art” films and exhibitions, whilst entertainment is about The X Factor, Coronation Street and whatever fucking number we’re up to in the Fast and the Furious series now. The bottom line is that some people just don’t value music as art; it’s just whatever is on the stereo whilst they’re loading the dishwasher or doing the hoovering. Disposable, mildly diverting stuff that they don’t have to think too hard about. It’s a view that is anathema to me, and hopefully to everyone reading this, but this is, sadly, the case with a great many people. They’ve just never engaged with music on a meaningful level – it’s never made them feel something that made them stop and think, wow, man, that’s something else. I need to hear that again. I really need to listen to it.

It gladdens my heart, then, that two musicians I admire from utterly opposite ends of the musical spectrum, are in the process of making political statements with their music. The first is Roger Waters, of whom many of you will know I am a long-standing fan. Pink Floyd’s chief songwriter was never been reluctant to write about political issues in Floyd’s music, and has not been shy about inserting political themes into his own material in the time since he left the band. He’s been outspoken about a great many political issues in his time – most notoriously his recent ongoing commentary about the situation in Gaza, where he has openly and roundly criticized the Israeli government’s actions, and encouraged other artists to join him in a cultural boycott in the hope that censure will guide Israel towards a more equitable handling of the long-standing conflict with its beleaguered neighbour. Waters’ stance has earned him a great deal of criticism, most of it entirely unfair – he has been repeatedly pegged as an anti-semite, which is patently absurd as Waters himself has explained. Now, Waters is in the final throes of completing work on his long-awaited new studio album, which he has elected to call Is This The Life We Really Want? It doesn’t take much thought to get a sense of what the album is going to be chiefly concerned with, coming as it does in the wake of the excellent Amused To Death, an album that describes our obsession with entertainment, and how our short-sighted pursuit of a momentary escape from the world we’re slowly destroying will lead to our own destruction. In support of the album, Waters is about to take to the road with a new tour, entitled Us and Them (after Floyd’s song of the same name, which is concerned with social inequality – something that I and others would contend has led to the current political ructions in the West and elsewhere). Playing a set comprised of Floyd classics and his own material, much of it with plenty of politically motivated content, Waters will no doubt continue to bring his chiefly humanitarian message to his listeners, and the usual suspects will no doubt continue to delight in catcalling him from the sidelines for daring to speak out. Roger clearly doesn’t give a flying fuck, though. As this recent performance of Floyd’s Pigs (Three Different Ones) goes to prove.

At the other end of the spectrum, we have Katy Perry. I actually have a lot of time for Perry: she attracts the usual criticism from fans of other genres of music for making “dumb processed pop”, but I think most of us are adult enough to grok that, even if it’s not the kind of music we tend to prefer listening to, good pop music is incredibly hard to write and perform, and her popularity and longevity in this world of five-minute pop wonders seems to indicate that she’s the real deal. This week she launched a video for her new song Chained To The Rhythm, which makes some pointed and unsubtle digs at the state of politics in the USA, or at least how reluctant many people are to actually engage with it.

Ask yourself – in a world where Katy Perry, ‘entertainer’ (never mind singer, songwriter and businesswoman, and so forth, eh? It’s amazing how reductive the word ‘entertainer’ is when used this way. You may as well say “clown” or “dimwitted numbskull”) feels passionately enough to pour her own time, energy and money into recording that song and making that promotional video, can you really afford to tune out politics from your preferred listening? Our lives are dominated by politics – politics is not the preserve of be-suited Oxbridge graduates with a silver spoon in their mouths. It affects us all, and we should not be ignoring it – even if it arrives in the form of a song on your favourite band’s latest CD. Perhaps especially not if it arrives that way. Because if we tell artists not to write about things they really care about, we’re overlooking a key part – a key purpose – of something hugely important and valuable.